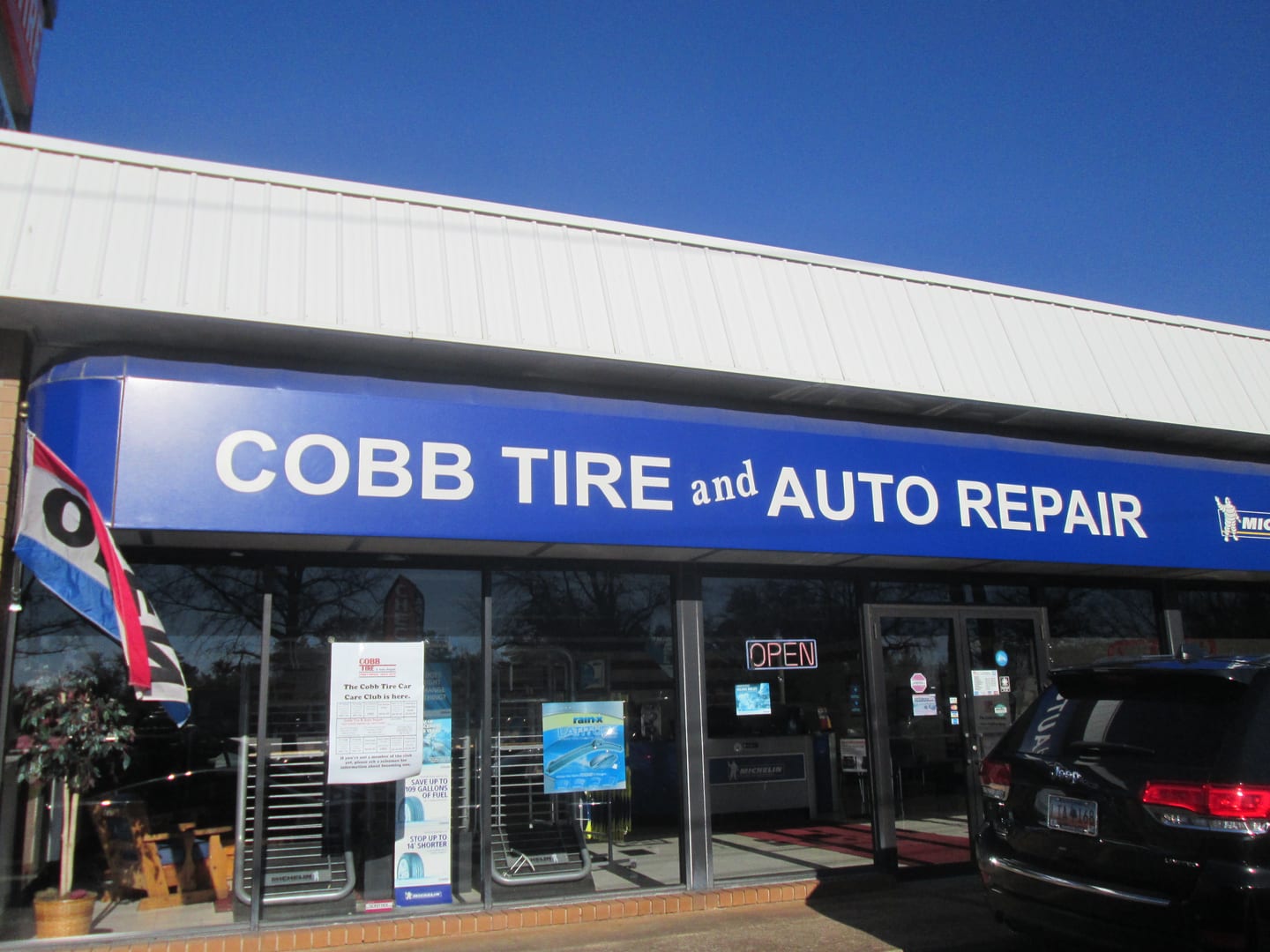 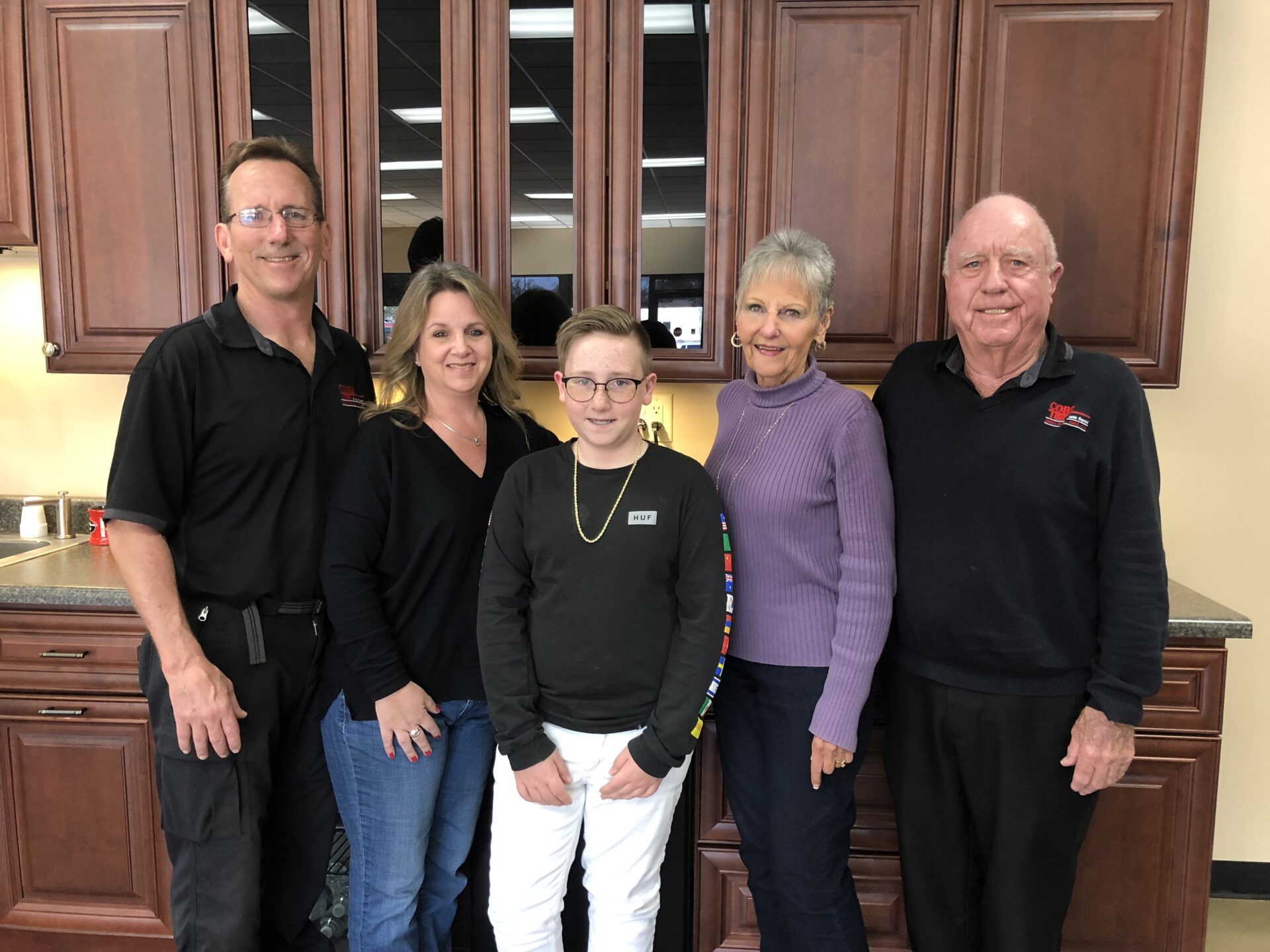 The Cobb Family is committed to providing you with the highest level of service, so you’ll always choose us for your maintenance and repair needs.

For most people, auto maintenance and repair is not fun or convenient. So, we want make the process as easy and enjoyable as possible for you. We genuinely care about your car and your experience, and it shows. Our first-time customers continually become our long term customers time and time again, choosing us for all their auto needs.

We may not be related, but you’ll feel like we’re family, because that's the way the Cobb Family likes it.

WHAT IS ASE ANYWAY?

ASE stands for "The National Institute of Automotive Service Excellence". It is an organization that through voluntary accreditation certifies automotive technicians throughout the US.

Did you know that in the US you have to be licensed to unclog a drain, change a circuit breaker in your house or even cut someone’s hair, but you don't have to be licensed to work on automobiles. Kind of crazy isn't it? Well at Cobb Tire & Auto Repair, you never have to worry because all of our technicians are certified by ASE, and most of them are ASE certified Master Technicians which is the highest level of certification that a technician can receive. Cobb Tire & Auto Repair along with ASE's voluntary accreditation gives you the confidence you deserve when selecting who services your vehicle. 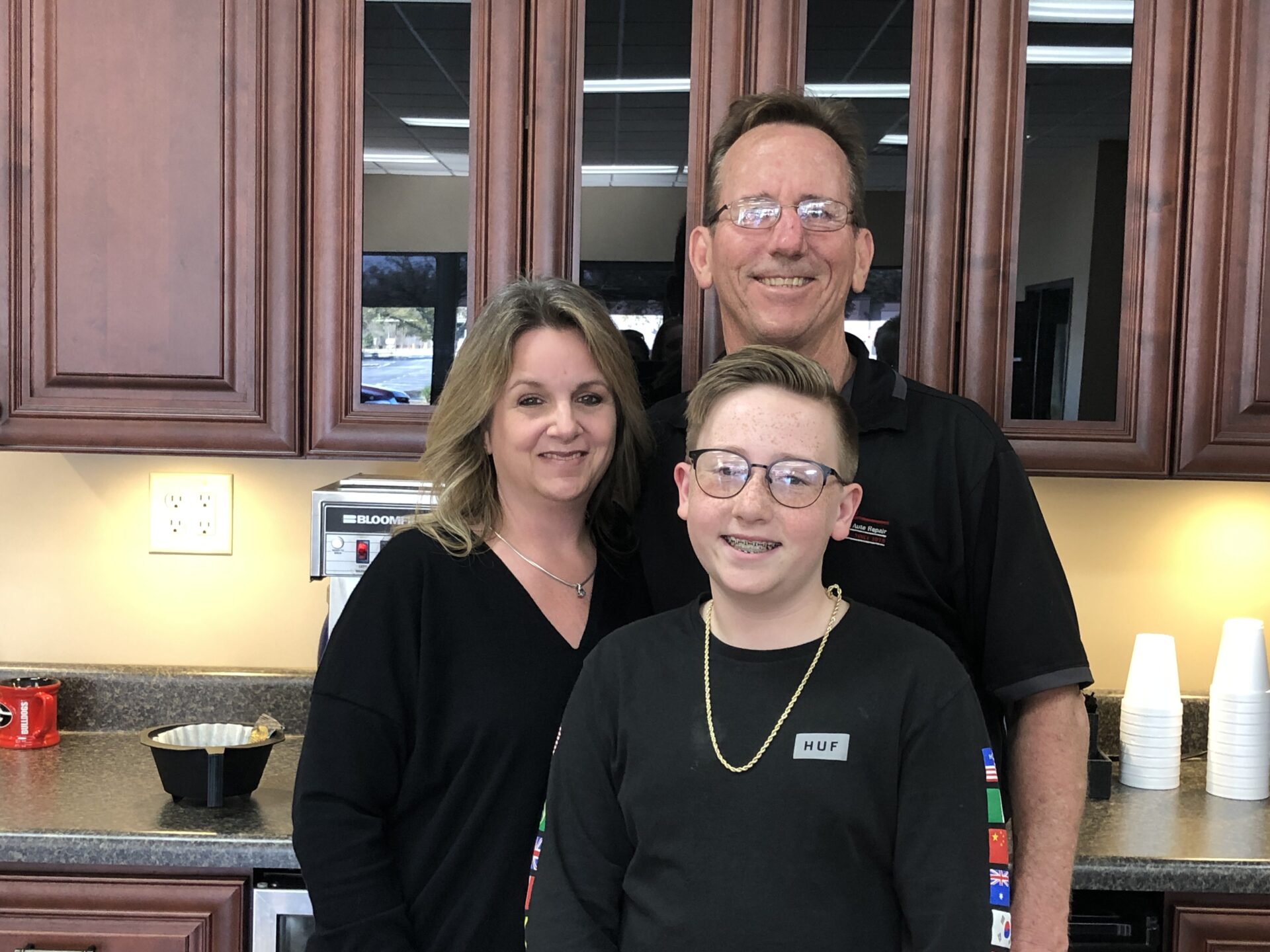 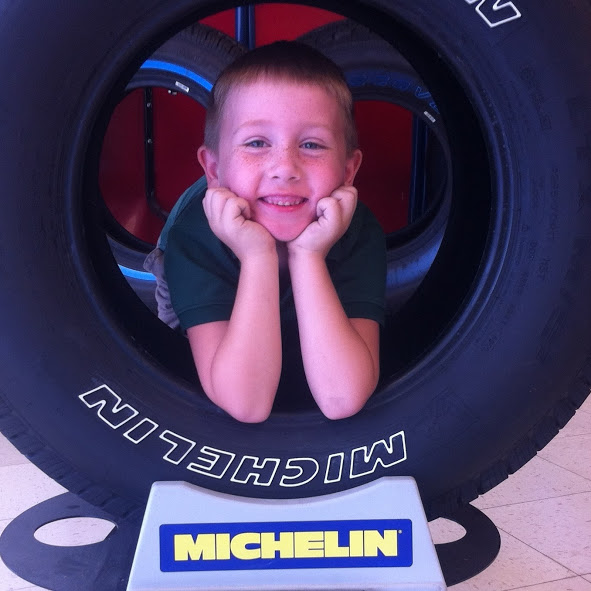 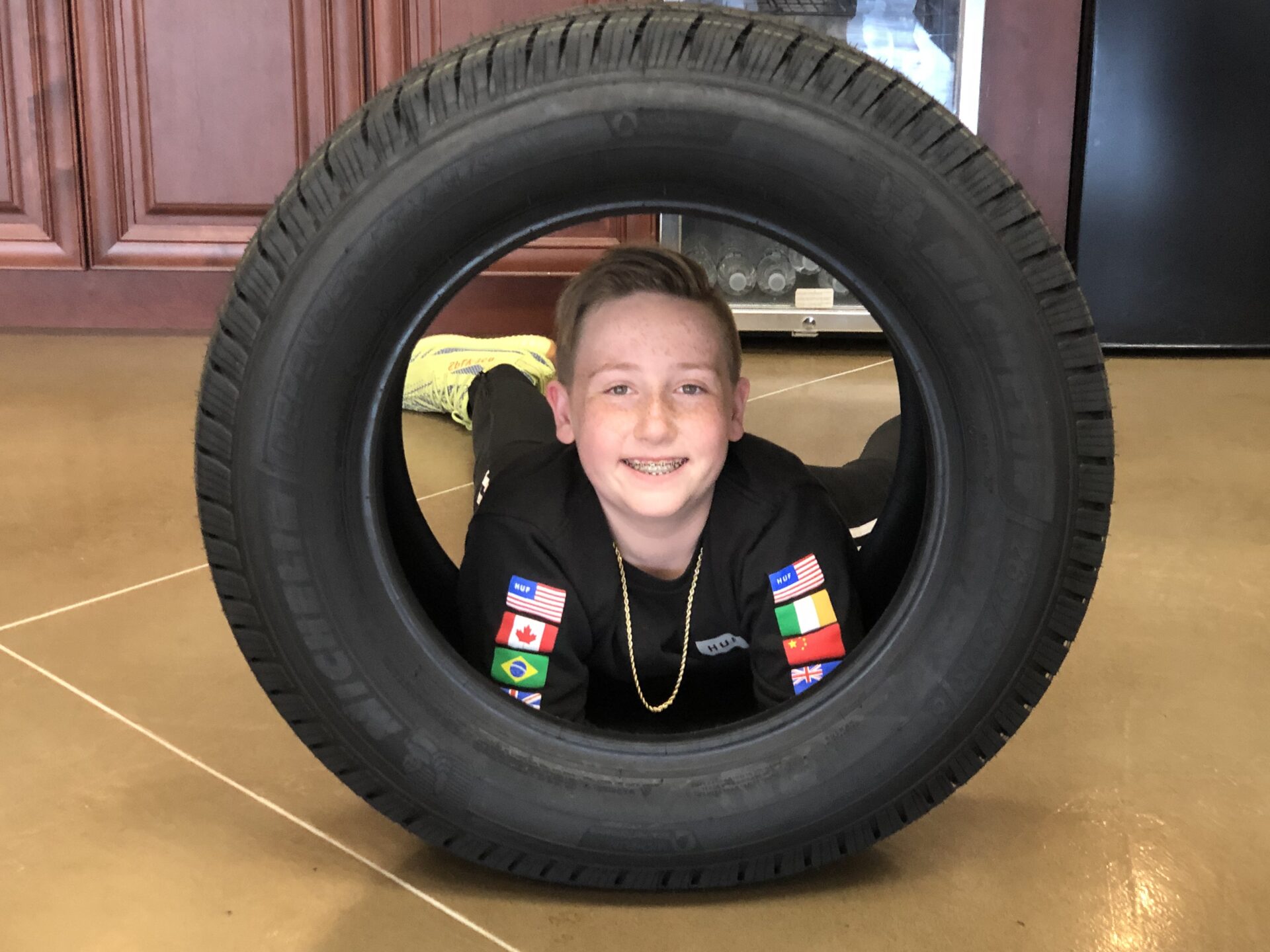 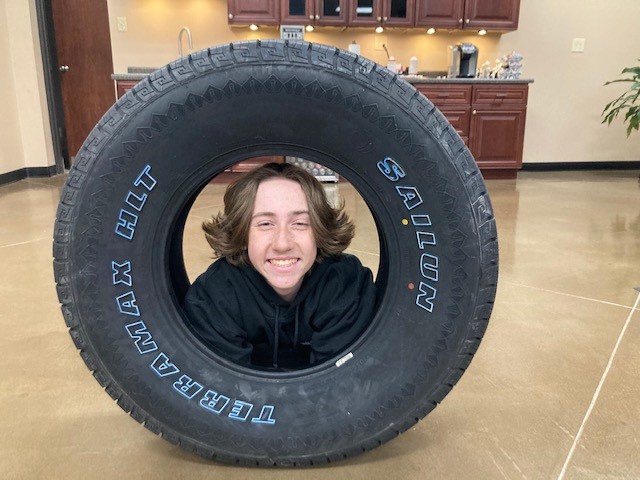 The History of the Cobb Family and the Cobb Tire Company.

Some parts as seen in the Greenville news.

Darrell Cobb was employed with Uniroyal Tire Company for 18 yrs and worked himself up the company ladder to hold the position of Southeast Zone Manager in 1979. He worked out of the Uniroyal regional office in Atlanta and oversaw Uniroyal company stores from Baltimore to Texas and as far south as Puerto Rico.

By the time Uniroyal decided to sell its stores in 1979, Darrell's seniority status put him at the front of the line in terms of buying the properties.

“I loved Greenville. I thought it would be a great place to live,” says Darrell, whose job had taken him to every major city and many not -so-major ones in the United States through the 1960s and '70s. “The only other city I considered was Denver, but the winters are just too cold there. Greenville seemed like a good place for a family.”

Darrell's images of Greenville were carved through his visits to the Uniroyal Tire Stores on Wade Hampton Boulevard and University Ridge, and the sound of Charlie Spivak's trumpet at Ye Olde Fireplace, an upscale restaurant popular in the '60s and '70s.

He chose Greenville, in part because he loved visiting here and in part because the two locations here were convenient for his family plans. His eldest son Mike, in the Air Force at the time, soon became the manager at the University Ridge location; Rich, his youngest son, went on to Winthrop College, and eventually became manager of the Wade Hampton Boulevard store.

Darrell, who was 45 when he made the decision, considers it one of his best.

“It enabled the boys to get a taste of the business, and they liked it - so I soon had two store managers,” says Darrell.

Not long after the move he realized it was a long-term plan. “We knew this was it - no more moving. Greenville is a place that in all the years I've been here, I haven't found anyone who wants to leave. I certainly don't,” says Darrell.

Darrell, now 84, and still a regular fixture in the operation, has experienced a multitude of changes, even to this day.

Several years ago, Darrell’s oldest son Mike, was killed in Thailand while participating as a referee trainer for USA Rugby at a major tournament.  He was hit by a vehicle while walking with a friend to his hotel.   Soon after, Darrell decided to close the University Ridge store and move the entire operation to the Wade Hampton Blvd. location.  The entire Cobb family is now doing all the business at this operation.

The family business has survived for over 40 years, in part, because Darrell was able to continually predict coming changes in the tire industry and make prompt adjustments throughout the growing process.

“A tire shop used to be where you put on tires,” says Darrell, who kept at least a couple of tire changers on the payroll in the 1980s. “But now everybody is selling tires - car dealers, the big-box stores, the clubs and the independent national chains. If we had stayed solely in the tire business, we would not have been in business very long,” says Darrell.

Auto repair - everything from maintenance to replacing engines or transmissions - is now the primary mission at Cobb Tire and Auto Repair, where at least one master technician is on staff at our Wade Hampton location.

Tire shops do the work that was once done by full-service gas stations.  “It has changed dramatically, and it continues to change fast. Most of the old two-bay or three bay service stations just couldn't keep up with the technology. Those service stations were also unable to keep pace with the training programs required of the auto profession today.

Every year, you see more changes electronically,” says Darrell.  “We no longer perform vehicle courtesy inspections on paper.  Everything now is done digitally on tablets and the pictures and videos can be sent via text or email directly to the client.  We rarely deliver customers to work or home because we now provide loaner vehicles to our clients”.

The Cobb family's passion for keeping pace with the technology is one of the reasons their business thrives today in the face of competition from large national chains. Another key to the success is their long-held warranty: Any work in the Cobb Tire and Auto Repair shops carries a 36-month/36,000-unlimited mile warranty on parts and labor. 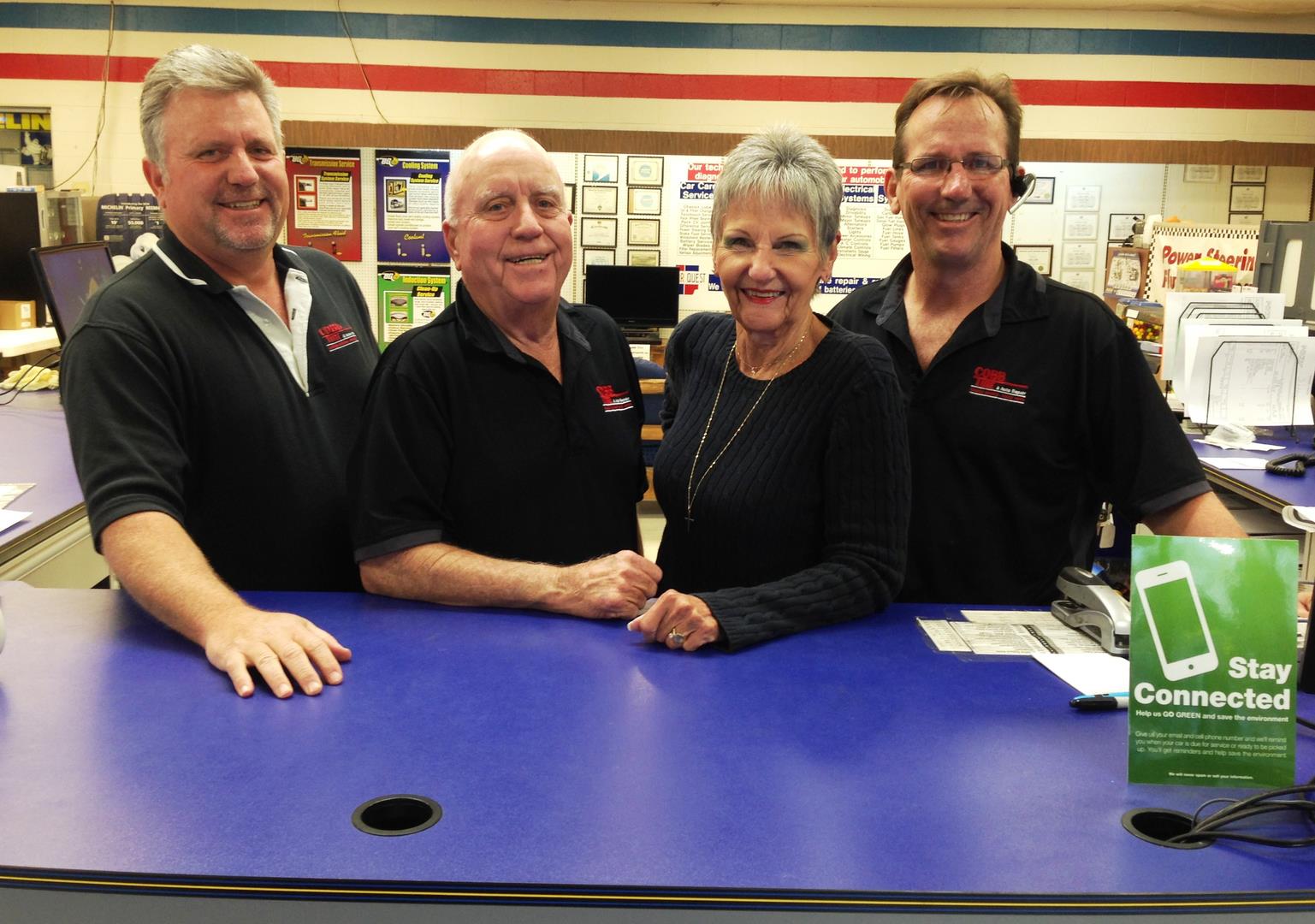 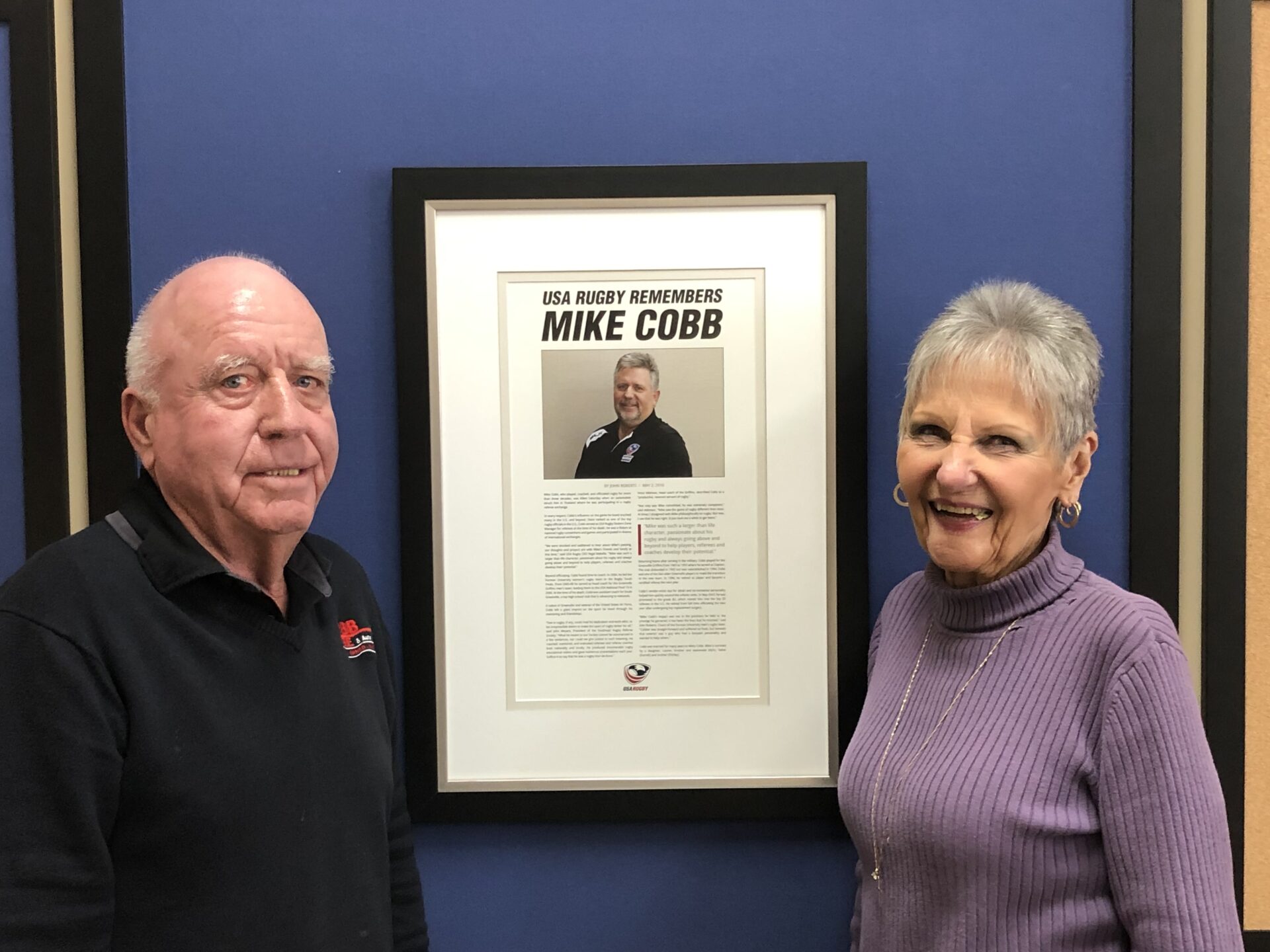